When Monifieth had its Race Meeting 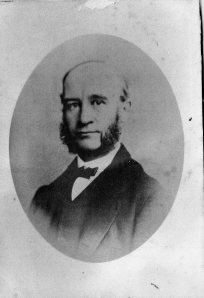 I think our letters have a luck to cross ain anither on the road for I’ve received twa or three letters frae you which have crossed twa or three o’ mine, and it’s the same wi’ yours   I got a day or twa syne dated the 25th o’ July, for I sent ain wi’ your brither Andrew on the same day that you sent yours, but it disna signify a great deal, for ye ken our letters are na like business ains , so we’re no very particular whether they dance hands across and back again afore we get them – altho I sometimes weary for a letter frae you and sometimes I think they’re lang a comin.

Ye want to ken how our races at Monifieth gaed aff, dae ye? Well, we see they didna gae aff sae well as might a been expectit altho they were passable considerin it was the first o’ ony thing o’ the kind here this mony a year. I gaed down on the railway, and man, if ye’d seen sich a crowd, man it beat a’thing.  I was sorry we were just packit intil the coaches just like sacks o’ flour, only that the sacks lie on their sides but we were on end.   Well ye see we got safely down to the race ground and the coaches gaed awa up to Dundee again, they didna gang on till Arbroath, for there was sich a crowd waiting at Dundee to be taen down, and we gaed awa to the race course ( for it was about ½ a mile frae the railroad) and there was sich a lot o’ tents and sweetie stands , but (I’ll wager ye didna ony sweeties at your races), well then we ( for there was Henny and anither young lassie wi’ me) a’ gaed awa to see the Lights, o’ Tay, for we were ower soon down for the races and we got up on the tap o’ ain of the lighthouses and had a fine view, and syne we came back to the races and saw them.   They a’ gaed aff gie well, only there  wasna enough to compete, there was only three or four that ran, so that was na mony at a time.

The cart horse race was a capital ain, man if ye’d seen them comin in; the cloarty looking chaps wi’ their hair a’ fleeing ahent them, and their great muckle clumsy horses.   Ane o’ the chaps fell aff his horse when he was nearly in, or else he might a’ gotten the race. I dinna ken the name o’ the fellow that wan; at one rate, it was a guid prize he got – a cart saddle and bridle.   But the best     o’ts to come yet.    Well when the races were done a’body gaed awa to the railway to get hame, and we had to wait about an hour till the coach cam frae Dundee, and what a crowd there was waiting, and man when the coach cam frae Dundee there was sich a flee to get a seat ye wad a thought they were gaun to tear the coaches to pieces .   Well I got a kind of a seat in an open kind o’ a waggon and Henny and the ither lassie they were asides when lo and behold a hue and cry got up that the coach was gaun to Arbroath.   Wi that I jumps out and gets out Henny and the rest and we were hardly out when aff it sets to Arbroath carrying about half o’ the Dundee folk awa to Arbroath.   Well ye  see this a kind o’ did us guid for it tain awa half o’ the folk so that it left us a better chance o’ getting a seat in the next coach, and so up it cam and we got a’ screwed in just ony way – I had a great big fat wife just sitten on my knee, and I hadna a right seat either, I was sitten on the side o’ the waggon, and awa we set up to Dundee, where we arrived after a dreadful crush.     When I got out my legs were sa sair I could hardly stand, so thus ended our race jaunt. I hope you are keeping in good health and that I’ll soon hae a lang letter frae you.

Our thanks to Valerie Sharp for sending in this information.

This entry was posted in Monifieth town and tagged Dundee, Inglis, Leighton. Bookmark the permalink.